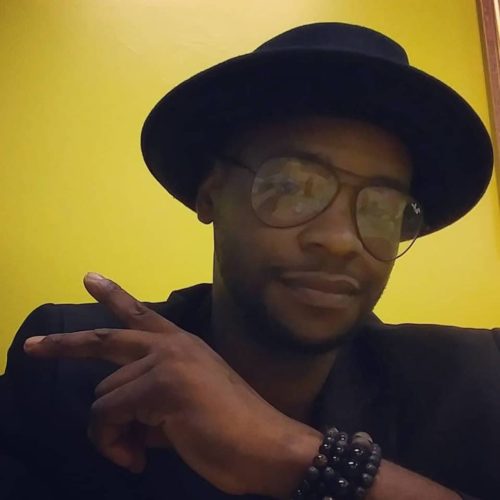 John Anthony Turner is an extraordinary drummer with intense focus and rock solid groove. I had the opportunity to see John play with FunkYardX at NAMM in L.A. last winter. As a drummer myself, watching John play was truly a “jaw dropping” experience. Power, passion and technical prowess all meld into one. John’s playing creates a feeling of ease and excitement. His playing definitely seems second nature and relaxed. Effortless. Groovy. Then.. wham! John pulls off an incredible sextuplet mind twisting fill that lands perfectly on one of the many hits of  FunkYardX’s complex compositions. It’s then that you realize John has to be focused as…excuse the  language…Funk! In the audience drummers and non drummers alike were all moved by John’s playing. Being steeped in gospel gives John a solid “pocket” which he combines with technical prowess, executing amazing fills while maintaining the groove.

In getting to know John Anthony Turner he is very gracious, grateful, easy to be around and humble. But when you see him play you realize many others would not be so humble. John will go far in his music career and I’m honored to have the chance to interview him when he’s still somewhat accessible:) 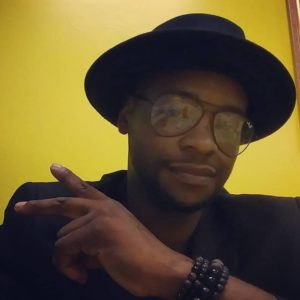 Gary: A bit about yourself. Where did you grow up?

John: I grew up In Cleveland, Ohio. Born and raised.

Gary: You come from a very musical family.

John: Yes I do, both sides. On my mom’s side all her family is musical. I actually had two uncle’s that played guitar, bass and lead.The bass player also plays keyboard and is a producer. As I was growing up there was an R & B band in the basement and upstairs was a gospel quartet. So there were two different things going on in one household. Plus my father, Edward “Buddy” Banks, otherwise known as Buddy, was in a professional R & B group by the name of the Rude Boys, a 90’s R & B vocal group who charted #1 on the billboard charts.

Gary: When did you start to play drums?

John: Since the day I started talking. (laughs) Yeah, the  day I started talking is when I started playing drums. I mean I vividly remember actually playing drums when I was just starting to talk. It wasn’t actually drums, it was things I was putting together, little toys and things like that. I’ve always had drum sticks but my ears would relate to a sound of something. It could be anything and I’d put it together and I’d use it for drums. So I’ve been playing drums for a very long time. Since before 5 years old.

Gary: Other family members were playing other instruments but you chose the drums at a very young age.

John: I prefer to say that they chose me. You know, I definitely didn’t ask for what I have so it was a blessing to come out of my mom’s womb with the gift to play drums and to have a passion for it. It definitely stuck with me from the moment I knew what it was. It never went anywhere. Definitely a “calling”.

Gary: Are you formally trained in drumming or other music?

John: Yeah. I was classically trained to play with an orchestra. I went to a performing arts school by the name of Cleveland School of the Arts. I also studied jazz with small quartets as well as big bands. I learned to compose and transcribe my own music. I had drum lessons on and off. About the age of 12 I was playing in church, holding down my own church gig. That happened all the way until I was 22 years old. I’ve always been able to pick up sticks and just play drums. But, theory played a big part in knowing what I know now.

Gary: When I see you play I can tell your rudiments are strong. You’re also very aware of what’s going on musically. You don’t overplay but you do add killer fills when you have the space. You’ve practiced a lot?

John: Yeah, in the beginning I had to practice every day but now it’s just by listening to the  music that’s being played. It’s about what’s required. I’ve beat the crap out of drums for so long to the point where I have to dig into something that allows me to take everything I’ve been practicing  with and put it into music. That’s where it boils down. The feel and being in the music. When I sit down with a band at the end of the day I don’t consider myself a drummer. I consider myself a musician. I’m contributing the same thing that they are, I’m just on a different instrument. Everything has to make sense. When you hear me play with FunkYardX I know there’s a lot that’s going on but I’ve definitely had to sit down and practice the feel and fills for what it takes to be successful. Sometimes it doesn’t work. I’ll put in a lot of energy into it and sometimes it’s just too much. I had to learn that less is more. It’s all about listening. You’ve seen how many people are in FunkYardX. You’ve got the horn section, there’s 6 of them. 4 keyboards, bass and lead guitar and a vocalist plus me. That’s a lot. I have to listen and give everyone space.

Gary: What’s your  favorite type of music to play?

John: I enjoy all music. I’ve put in a lot of work playing different types of music. If I had to  have a preference it’d be a cross between Gospel and Jazz. I love Gospel. It’s my roots. I have a personal relationship with it. But with jazz, it grew on me.  Cleveland School of the Arts requires you read music and you also have to know the basics. You have to know how to swing. I knew none of these things. None of them. But  I went in there and had to learn it to stay in. I wanted to be there so bad so I did. That’s when I ran into jazz. It was a different feeling…it gave me different insight on what’s required from a drummer. When I actually had to sit down and swing and play a real shuffle the school put the through the test. So swinging has definitely become a part of a true love of the music I play. There’s a lot of jazz played in Cleveland so I’ve had a chance to dig into jazz. I don’t normally listen to a lot of it but I love playing it. I love a handful of drummers that do it but everytime I listen to them it only makes sense to put them in their own category. With that being said, as I’m doing it I’m putting myself in my own category. Because it’s a movement. Jazz has now developed into a great love of mine.

Gary: Gospel has a swing to it but it’s a different swing than jazz?

John: Yeah, gospel is more about “pocket”. When I was coming up gospel music was solid. That’s what it created in a lot of drummers like me and others that stay out in L. A. They learned how to be solid. In gospel there’s different genres. I grew up under the quartet gospel feel which is more old school. The drummers are all solid. Very solid. It has a different swing. 2 and 4. That’s it. Now there are different styles of gospel that embrace musical acrobats. They like to do twists and turns. They have elevated the sound of gospel. The era I come from was the gospel quartet. I remember the quartet scene as the only scene I had contact with. As I payed attention it turned out that the drummers weren’t doing anything fancy. It was just about how they played the “pocket” from the 2 to 4, the back-beat. It was solid.

Gary: What is your career goal with drumming? Do you want to make drumming a career?

John: Yes, definitely. I want to be a drummer for the rest of my life. I want to incorporate teaching  as well. That’s something I know I can do without picking up a pair of sticks. Just give me a chalkboard or notebook and a pen and I can teach anyone how to play drums.

Gary: Do you teach now?

John: Yes. I’m working at a school now. It’s a private school out of a church. They’re building a studio and I have full access to all the drums. Right now I teach on Saturday’s with group classes, teaching children and adults.

Gary: Do you have any exercises you recommend for beginning drummers?

John: Yeah, first without having any drums in front of you I recommend you understand it on a piece of paper. That way you have it in your mind what parts need to be played in certain places. If you can understand the value of a ¼ note, ⅛ note and 1/16 note you can play drums. After you get it in your head start practicing with your hands. Singles, doubles and paradiddles with a metronome.  Make the metronome you friend. Also play to tracks. Your favorite songs.

Gary: I know you play with FunkYardX. Do you play in other bands or projects?

John: I play at Mt. Zion Oakwood Village church. It’s in a suburb of Ohio and one of the biggest churches here. It’s a mega church. So, it’s politicians, lawyers, newscasters, Drs. They all go to  this church. I could name a few..(laughs). I also play for a smooth jazz group by the name of Forecast. They’re legendary here, known throughout the city. They work a lot throughout the summer. I do a lot of private gigs with them. But FunkYard is really my heart. We’re working on some stuff now. We just recording with Justin Lee Shultz. We’re working on getting a song out with him. Not to give too much information now but we look forward to working more with him in the future.

Gary: How long has FunkYardX been together?

Gary: What’s your drum set up?

John: I have a Pearl Masters MCX Series. Older editions. Black and Gold sparkle fade. For the toms 10, 12 and two 16 floor toms. One of them is cut short.

Snare drums: I have many different Pearl snare drums.