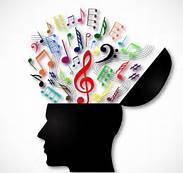 Music is both an art and a science, and music and science are closely related. Both use mathematical principles and logic, blended with creative thinking and inspiration to arrive at conclusions that are both enlightening and inspirational. It could be said that Science is the music of the intellect, and Music is the science of the heart.

Music composition is basically a mathematical exercise. From a basic source of sounds, rhythms and tempos, an infinite variety of musical expressions and emotions can be produced. It is the interaction of sounds, tempo, and pitch that creates music, just as the interaction of known facts and knowledge coupled with imagination, conjecture and inspiration produces new scientific discoveries. Both Science and Music use “formulas” and “theories” to solve problems, and to explore the intangible mysteries of life.

There are a number of scientific theories that try to explain music. This is a clear indication that music is as complex and varied as any scientific principle or theory. As mathematics is both a science and an art, Music is both an art and a science.  In this way, the art of music and the science of mathematics are related.

Some have postulated that music is the father of mathematics. To make music, you must know how to break “sound” into elements of pitch, rhythm and tempo. Science teaches us that sound is vibration, and the frequency of vibration is what makes different sounds. Music then is the study of the sound created by those vibrations, and puts them into patterns that elicit emotion. Music is based on mathematics. And mathematicians view mathematics as “music for the intellect”. Their joy in a perfect mathematical solution or theorem is as inspiring to them as a Bach Cantata.

But music is not just an arranged set of noises pleasant to the ear. Music is a bridge that spans the gap between cultures and languages. Music is a means of finding compatibility within a society, as well as a link with other societies. Music has the ability to progress past science.

Music is the common human denominator. All cultures have it. All cultures share it. There are many scientific theories about music and it’s origins, but a purely scientific explanation of music misses the point. Music is emotion. Music is an unexplainable manifestation that is uniquely human. Birds “sing”, but do they weep or cheer as they march to war at the sound of it?