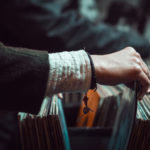 There are two age groups of vinyl enthusiasts, as Pohlmann points out. “For some youngsters, vinyl is a predictable reaction to our almost all-digital world. It is good to be a rebel,” he concurs. “For some oldsters, vinyl is simply their preferred domain. They resisted the digital onslaught and are the ones who continue to resolutely wave their Bic lighters in the concert air. Both groups help keep the analog flame alive — and I’m glad of it.”

In a world driven by instant portability, the marked increase in LP purchasing and listening is actually encouraging. “In the plant, animal, and technical worlds, diversity is good,” Pohlmann continues. “We never want to see a species go extinct. True, the commercial market for Edison cylinders and 78rpm discs is quite small, and someday, the market for 33-1/3rpm discs will be smaller, too. But loyalty and devotion are admirable qualities, and I think all audiophiles appreciate it.”

For recording artists, it’s not just a trip down memory lane. “Vinyl is a way to get paid,” explains trumpeter Lee Loughnane, a founding member of Chicago. “There’s an expense involved in the recording process, the mixing, and how we set it up for audiophiles. There’s a price to be paid there, and it can’t be for free.”

“Once the listeners flipped the record over to Side 2, that’s when we knew we had a real relationship going with our fans.”

“Chicago is an exception in the fact that we came from an era where people were used to buying music, and I think our fans still go out and buy that music because of who we are and what they’re used to. They feel like they’re going to get better quality that way,” Loughnane believes. “The younger generation is more used to getting music for free because it was always available to them that way, and it seems that’s the way it should be. Now we’re trying to re-educate them to show that it takes more to put music together than they had ever considered. We just don’t know where it’s going to be, but the musician has to make money. We have to put food on the table. That’s an ongoing situation that will eventually resolve itself.”

“These songs just don’t ‘come,’” Loughnane explains. “It’s not all that easy to come up with the music first; it has to come through you — sometimes more painfully than others, sometimes more easily.”

Millennial musicians also relish cueing up LPs for their own personal listening. “I do love spinning records; it’s my preferred listening method choice, for sure,” admits Liam Magill, vocalist/guitarist of the young British alt-psychedelic collective Syd Arthur, who just released their latest album Apricity on October 21. Magill says some of the current favorites he’s recently played on his vintage Technics turntable include LPs by Can, Radiohead, Morgan Delt, and Hiatus Kaiyote. “One of the first records my brother [and Syd Arthur bassist] Joel and I listened to growing up was Frank Zappa’s Hot Rats,” Liam recalls. “At first, I didn’t quite get the Zappa thing, but after listening to him a lot on vinyl, in time, I grew to love his style. He was a totally unique, amazing musician. So we’ve also tried to push the evolution of our sound with every new record we make, and vinyl is the best way to hear things like the slapback echo and other delays we used to help carry the vocals across the gaps. It just depends on what the songs need.”
dt10-music
Despite the convenience of streaming, record stores sold more vinyl in 2015 than in any year since 1988, as consumers opt for the ritual and fidelity of wax. (Credit: Edu Grande/Unsplash)

Tommy Shaw, guitarist/vocalist for Styx, believes vinyl can be more personal, too. “We took great care in determining the order of how we presented each song on each side of the album, as well as making sure each song counted, Shaw said. Once the listeners flipped the record over to Side 2, starting getting into the deeper cuts, and began requesting we play them at our shows, that’s when we knew we had a real relationship going with our fans.”